Popular Wynnewood barber cuts his career short due to COVID-19

Tucked among 24 stores at Wynnewood Shopping Center for 60 years, John Troncelliti’s Barber Shop has endured recessions, tragedies national and local, and constantly changing styles. But ultimately the little shop that survived the Age of Aquarius, when hair was long and lines short, couldn’t make it through the Year of the Coronavirus.

Late this month, John Troncelliti, 68, will throw in the hot towel and close the shop where he’s cut hair for 48 years, where before that he swept floors and shined the shoes of his father’s customers, where he ran his clippers atop the heads of such Main Line celebrities as Walter Annenberg and Richie Ashburn.

“It’s been such a great run,” said Troncelliti, who reopened June 20 after a 15-week COVID-19 closure. “But I can’t see me being forced to shut down again. I pay a tidy sum for my 370 square feet and the rent never goes down.”

This pandemic has claimed businesses large and small, new and old. Some will fade away without a whimper. But the loss of places such as Troncelliti’s, which in 60 years embedded itself deeply into the community, figures to sting like a bracing slap of aftershave.

“I’ve been going there since I was 16 and it’s a classic barbershop,” said John Braithwaite, 60, of Villanova. “You walk in and sit there and the camaraderie is great.”

Troncelliti started barbering in 1972 at the shop his father founded in 1960. As haircut prices rose from $2.75 to $25, he built it into a four-chair enterprise, employing more than 30 barbers over the years.

He hopes to sell the business, maybe to one of the barbers who’s worked with him, but sell or not, he won’t quit cutting hair. Ideally, he said, he’d like to develop a concierge business, servicing clients in their homes.

Knowing that his customers will take the news of the closing hard, Troncelliti explained his decision in a statement he posted on Facebook.

“My philosophy is to quit while you’re ahead,” he wrote. “For now, it’s time to say goodbye to Wynnewood and hello to more freedom.”

Troncelliti’s father was operating an Ardmore shop when he decided to open a second, just a mile away in the then-new shopping center across from Wynnewood’s train station.

“It’s been busy since the day it opened,” Troncelliti said. “We tried to make it a place where customers could come in and feel good about the whole experience, not just the haircut.”

Despite its cozy size, generations of commuters, fathers and sons, retirees, and even Catholic seminarians from nearby St. Charles felt comfortable there. As Troncelliti trimmed their hair, stories were swapped, information shared. Soon it was a gathering spot for many of the Main Line’s religious, civic, business, medical, sports, and journalism leaders.

“Because the shop is so small, everyone was involved in the conversation,” said Braithwaite. “It’s like an open forum to talk about whatever is going on.”

Ashburn, the Phillies Hall of Famer who died in 1997, would often show up after downing a grilled cheese and bacon sandwich at the Wynnewood Pharmacy.

“Years ago, Lower Merion passed an ordinance prohibiting smoking at indoor businesses,” said Troncelliti, a passionate Philadelphia sports fan. “Richie loved to smoke a pipe and one day he started to light it. It really pained me to tell him he couldn’t do that.”

Whenever Annenberg, the late ambassador to England who owned TV Guide, the Daily Racing Form, and The Inquirer and Daily News, needed a haircut, he’d arrive at Troncelliti’s in a black limousine.

“He had a real presence,” the barber said. “He carried himself with class and dignity.”

Once, when Troncelliti and his parents were vacationing in the West, Annenberg invited them to his Palm Springs estate, Sunnyland. More recently, another client, an ESPN producer, took the barber on a tour of the sports-media giant’s Connecticut headquarters.

Troncelliti, a devout Catholic, established close connections in the Archdiocese of Philadelphia. In 2015, when Pope Francis visited here, Troncelliti was the on-call barber.

“I had my case of clippers packed,” he said. “If the pope had needed a haircut, I was ready.”

It’s been a long and successful run for a man who didn’t think he wanted to continue the family legacy.

Troncelliti’s namesake grandfather opened a South Philadelphia shop in 1910. When his wife fell ill during an earlier pandemic, the flu outbreak of 1918, he was determined to get her out of the city and relocated to Ardmore.

“He wanted to find someplace a little more bucolic,” he said.
‍
His son, Rudolph, took over the business and added the Wynnewood location. John started working there at 10, sweeping, shining shoes, filling the lather dispensers.“It was a nice entry-level job,” Troncelliti said. “But by the time I was a teenager it was the 1960s and things had changed. It wasn’t cool to be cooped up for 10 hours a day in your father’s shop.”
‍
So he went to work around the corner, in Ardmore at Dean’s Diner, that except for the money he loved. When he pleaded poverty at home, his father urged him to go to barber school. Troncelliti graduated in 1970 and apprenticed at shops in Malvern and Upper Darby. Finally, on May 30, 1972, he took the job at his father’s place.

In that rebellious era, long hair was a political statement. Lots of young Americans viewed barbers as part of the enemy establishment. In turn, many of Troncelliti’s older, more conservative colleagues gladly joined the opposition, refusing to cut long hair.

“I never turned anyone away, but a lot of them said, `No, I won’t do that.’ They thought it was just a fad,” said Troncelliti. “Those customers started going to cosmetologists because they had nowhere else to go. And they didn’t come back.”

He’s worked long hours at the shop he eventually took over — 8:30 a.m. to 6 p.m. Tuesdays through Fridays, 8 to 4:30 on Saturdays. From inside, he’s witnessed a four-car pileup in the center’s lot after an elderly driver’s accelerator stuck; a tornado that knocked a tall tree unto the rail tracks at rush hour; and the mad rush of first responders to nearby Merion Elementary School when a 1991 midair collision killed Sen. John Heinz and six others.

“One of my customers was a little boy at school that day,” he said. “He was seriously burned. He still comes in the shop. He never lost his spirit, but the scars will always be with him.”

The pandemic that shut him for nearly four months and ultimately forced him to close has altered hairstyles and hair-cutting habits, shrinking his customer base.

“Guys don’t need to go to meetings at work anymore, so they’ve let their hair grow out,” said Troncelliti. “During those 15 weeks, people were calling, asking, `How can I get a haircut?’ I’d tell them to write the governor. Then you had people going on YouTube and doing self-inflicted haircuts.”

Troncelliti and his wife, Charlene, were married in 1993. The celebrant, Bishop Michael Burbidge, was another longtime client. So was the pastor at Broomall’s St. Pius X who allowed the wedding to take place on a Sunday because the groom was reluctant to take Saturday off.

Now, after 27 years, assuming Troncelliti’s entire customer base doesn’t schedule in-home haircuts, the couple should have more time to travel or to settle into their new home in Paoli.

“No matter where the path ahead takes me,” he wrote in the posting, “I will never forget all of you and the good times we had together.”
‍

Inside Out | A barber and his bike, riding trails along the old rails

As a kid, John Troncelliti hung out at his father's Ardmore barber shop next to the Pennsylvania Railroad's Main Line. Naturally, he fell in love with trains.

When he began trimming locks himself in Wynnewood, he could clock the time, even chart the economy, by watching the parade of Pennsy power, in its regal livery of Tuscan red and gold.

When he saw an ad for a rail bike a while back, he ordered plans. On his rail bike, with its flanged wheels, he could ride the rails under his own power. But getting permission was tricky, and his wife fretted about safety. Reluctantly, Troncelliti mothballed the bike.

He turned his attention instead to rail-trails, abandoned railroad rights-of-way that are converted into recreational trails. For Troncelliti, they blissfully blend two passions - cycling and railroading.

The other day, I joined the Biking Barber, 52, of Wayne, for a ride on a favorite, the Heritage Rail Trail in York County. The 21-mile trail parallels an active rail line and follows the route of the former Northern Central Railroad, a vital 19th-century link between Washington, D.C., Baltimore, central Pennsylvania and upstate New York.

We unloaded our bikes in downtown York and were soon cruising along a wide path of compacted gravel. The nifty thing about rail-trails is that they're level. The grade generally does not exceed 2 percent (a two-foot rise in 100 feet), the maximum incline for a train.

The Biking Barber braked."Stop," he said. "Just listen."No cars, no jet planes, no man-made noise. Just the rushing of a nearby stream, the whispering of breeze-tousled leaves.

On a rail-trail, "you can see the glories of Mother Nature and the marvels of mankind," the Biking Barber said. We paused where the right-of-way cut through rock - carved with pick and spade, sweat and muscle. We paused at the Howard Tunnel, completed in 1840, the oldest railroad tunnel in the nation still in use. Its vaulted brick still showed black from the coal soot of steam locomotives.

After 10 miles, we reached Hanover Junction, where we turned around. (The trail continues another 10 miles south to New Freedom, then joins the 20-mile Northern Central Railroad Trail in Maryland.) Abraham Lincoln passed this way en route to Gettysburg to deliver some immortal words.

Rail-trails cast the Biking Barber into a bittersweet mood. On the one hand, they are sad reminders of railroading's long-gone glory days. "The railroads built this country," he said wistfully. "And you know they'll never come back." On the other hand, he's glad the old rail lines are being put to good use, treating folks to exercise, history and beauty."

When I'm riding on these trails, I can close my eyes and hear the clickety-clack of the wheels on the rails. I can feel the locomotive laboring up a grade and the cinders blowing back at me."

WELCOME BACK TO OUR NORMAL ROUTINE!

Masks are not required while in our barber shop. There are no capacity restrictions.
‍
We continue to thank you, our customers, for your patience, understanding, and cooperation
and look forward to seeing you soon! 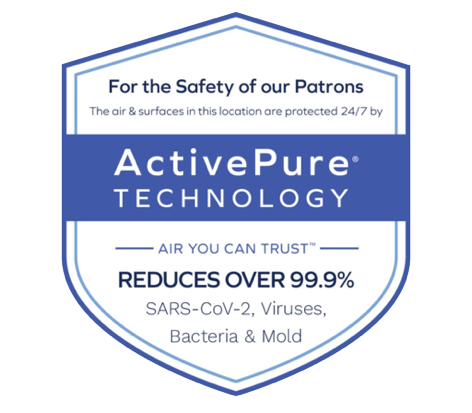